Main Reasoning for the Decision

The second paragraph of Article 57 of the Constitution ensures pupils the right to attend compulsory state-approved primary education programmes free of charge in public and private schools.

The challenged regulation (Article 86 of the OFEA) enables pupils to only attend free-of-charge compulsory state-approved primary education programmes at public schools and private schools with a concession, but not at private schools that carry out a public service without a concession. Therefore, the challenged statutory provision limits the human right of pupils determined by the second paragraph of Article 57 of the Constitution, which requires the Constitutional Court to carry out a further assessment of whether the legislature pursued a constitutionally admissible objective in limiting this right.

Substantive differences in principles in accordance with which private and public schools operate as institutions only become apparent in supplementary education programmes, which are not financed from public funds and thus are not a subject of the petition at issue. The right to attend compulsory state-approved primary education programmes free of charge namely does not require that the state also finance the carrying out of higher standard or supplementary programmes by which private schools pursue their specific interests (Paragraph 14 of the reasoning of Decision No. U-I-68/98). Hence, the second paragraph of Article 57 of the Constitution requires public financing of the compulsory minimum of primary education, the content of which is uniformly determined, whereas supplementary educational content, which depends on the orientation of the values of the individual providers of primary education, is not covered by public financing.

Actions of Slovenian Authorities after the Decision No. U-I-269/12

The deadline for implementation of the Decision No. U-I-269/12 expired on 9 January 2016. However, the Slovenian Authorities have not started with its implementation. Instead, the informal social networks with a significant power over education and significant influence on decisions important for education system in Slovenia informally claimed that this would be just one another decision of the Constitutional Court that will never be implemented. This “prophecy” is now being realized.

From the public claims of politicians, we have realized that the politics will never implement the Court Decision for the ideological reasons. Thus, we filed a new petition to the Constitutional Court on June 2016. The Court has not decided yet about this Case No. U-I-110/16, but it examines our petition as an absolute priority. In this petition, we allege that the failure to enforce the mandatory Court decision (Case No. U-I-269/12) violates the rule of law (Article 2 of Constitution) and the division of power (Article 3 of Constitution). We proposed to the Court to step up its decision in a way that the Court itself decides on how to implement its decision, and in this way to protect our constitutional position.

The informal social networks with influence on Slovenian education system stated that the Case No. U-I-269/12 revealed a “disorder in Slovenian Constitution”. Due to this reason, they motivated the political structures of National Assembly to start changing the Constitution in 2016. This has not been successful, since they were not able to get required 2/3 of all votes of the Constitutional Commission members. They failed for one single vote.

Consequently, the informal social networks with influence on Slovenian education system pressed the politics to make the law changes in a way that the position of the petitioners will become even worse. In such a way, they try to punish the petitioners, since we alleged that the law is inconsistent with the Constitution and we won the case. By doing this, the non-formal social networks manifest their power and “warn” other individuals that the fight for human rights could never be paid.

The Primary School Act divides the state-approved primary education programmes into two parts, into the compulsory and the elective program. Both of them together form the state-approved public education programme and both of them are necessary to achieve the objectives of education, required by the Article 2 of the OFEA. However, the politics who followed the ideas of the informal networks with the influence on Slovenian education system proposed to increase the financing for the compulsory programme from (current) 85% to 100% and to decrease the financing of the elective programme from (current) 85% to 0%. This will lead to the situation that the petitioners who won the Case No. U-I-269/12 will become into even worse position as they were before the Court decision, since the public financing of the complete state-approved public education programme will decrease from (current) 85% to approx. 65%. The law proposal was, therefore, in 2017 rejected by National Assembly.

However, the Court Decision No. U-I-269/12 has still not been implemented. Thus, in April 2019 the Government proposed the same solution as in 2017 (to increase the financing for the compulsory programme from 85% to 100% and to decrease the financing of the elective programme from 85% to 0%). On 19 June 2019 the National Assembly decided that the Government proposal (given by the Minister of Education, Science and Sport Dr. Jernej Pikalo) is appropriate for further consideration. On 1 July 2019, the same decision was made also by the Committee for Education, Science, Sport and Youth (led by Mag. Branislav Rajić, SMC Party), which is a working body of the National Assembly. This happened, although the Legislative and Legal Service of National Assembly has warned that the Government proposal could be inconsistent with the Court decision No. U-I-269/12 as well as with several Articles of Constitution. They also warned that in a constitutional democracy the individual is a subject and not an object of the functioning of the authorities, while his or her (self)realization as a human being is the fundamental purpose of the democratic order.

Before the final vote, the Committee tried to make incremental improvements of the Government proposal by applying some amendments. However, the amendments were rejected. Thus, the Committee should vote about the basic law proposal, recognized as inconsistent with Constitution in opinion of the Legislative and Legal Service.

The first paragraph of Article 82 of Constitution says that deputies of the National Assembly are representatives of all the people and shall not be bound by any instructions. However, it is a usual practice in Slovenian National Assembly that deputies violate this constitutional provision by following the orders of their leaders. The same happened at Committee meeting on July 1 2019. The deputy Mr. Jurij Lep (DESUS – Democratic Party of Pensioners of Slovenia) asked to break the Committee meeting for 5 min that he can make a call [to ask], since his vote was “in the air” due to the rejection of the amendments that were brought into line within coalition parties before the meeting.

We have already supplemented our petition No. U-I-110/16 also by claim that the long-term non-implementation of the binding Court Decision is a violation of Right to a fair trial that is protected by Article 6 of The European Convention on Human Rights. The European Court of the Human Rights regularly warns that right would be illusory if a Contracting State’s domestic legal system allowed a final, binding judicial decision to remain inoperative to the detriment of one party (e.g, see Case Hornsby v. Greece, No. 18357/91, of 19 March 1997). In this way, we are preparing to claim that Slovenia violates the Article 6 of ECHR at the ECtHR.

Opinion of the Legislative Legal Service

OPINION
on Proposal of the Act Amending the Organization and Financing of Education Act (ZOFVI-L), second reading, EPA 634-VIII

The Legislative and Legal Service (ZPS) has examined the Bill amending and modifying the Organization and Financing of Education Act (ZOFVI-L Proposal) in the light of its compliance with the Constitution of the Republic of Slovenia (the Constitution), the legal system and the legislative and technical point of view. 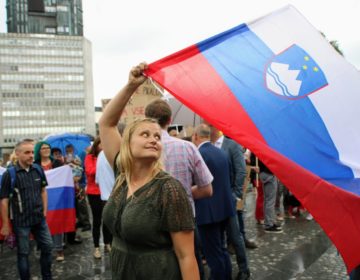 On July 18, 2019 The Slovenian National Assembly did not adopt the ZOFVI (43:23). To be adopted they needed absolute majority of all deputies (46). The voting was done by 2nd time in 10 days and this time more politicians … 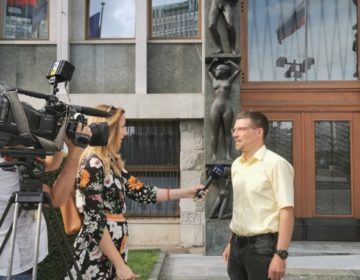 United Parents Statement regarding the vote on Veto for the Organization and Financing of Education (ZOFVI-L) bill in the National Council. We are expressing our satisfaction that the Members of the National Council of Slovenia voted YES for veto on … 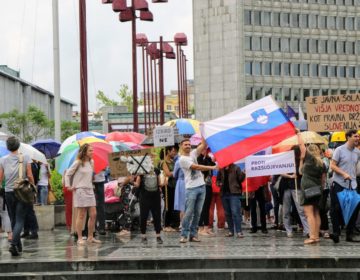 On July 9, 2019 The Slovenian National Assembly adoption the ZOFVI (42:36) despite clear indications of its obvious unconstitutionality provided by the government and parliamentary legal services and several prominent lawyers. This proves that political opportunism in Slovenia is more …